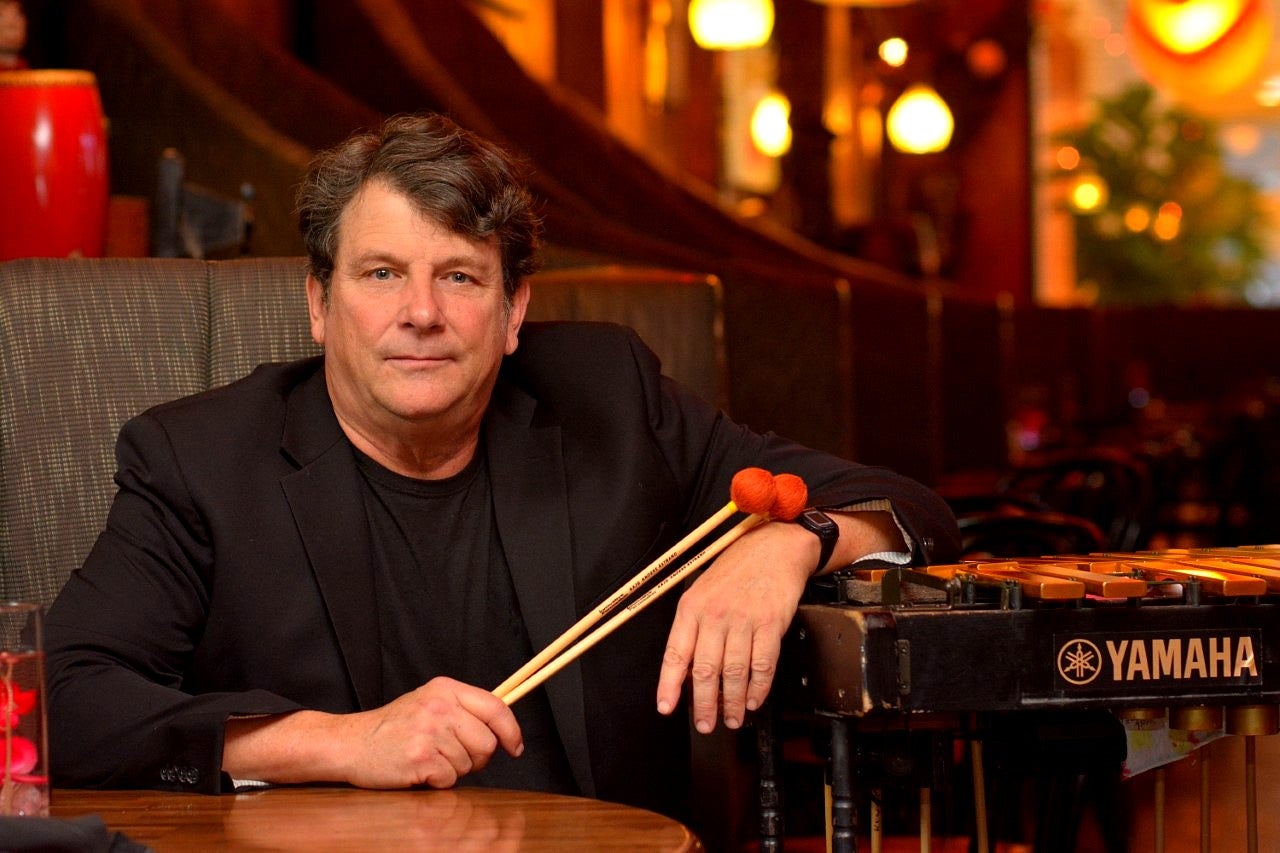 The always popular Jazz Series at Cary’s Booth Amphitheatre is returning for a sixth year.

Shows will take place Wednesday evenings in May and feature local and regional talent from 5:45 – 8:30 p.m. All seating and music will take place on the spacious Crescent Deck creating a casual environment to relax and mingle with friends.

Steve Hobbs, the son of professional dancers began playing hand drums and percussion at age 7.  He began formal instruction on trumpet and percussion at age 11 and was playing in dance bands by age 15.  He graduated from Berklee College of Music in 1978 touring with top pop groups including "Janice" who had a #8 Hit on Casey Kasum top 100.  The group had appearances on American Bandstand with Dick Clark and the Red Foxx Show.  Two years later Hobbs left the road to attend University of Miami as a Jazz Mallet Major.  He graduated with Masters of Music in 1982.  In 1982 and 1983 Hobbs began doctoral work at University of Northern Colorado dropping out his third semester in order to tour with jazz accordion legend Art Van Damme and many others starting in 1983.   Steve played off and on with Art till his death in 2010. Since 1983 Hobbs has toured as leader or sideman with Jumpin Johnny, The Upsetters, Tom Harrell, Jim Crawford, Teresa Carroll, Randy Johnston, Art Van Damme, Lenore Raphael and more.

Hobbs has been consistently ranked as one of the top ten vibraphonists in the world by the Downbeat Readers and Critics polls since 1993.  He has been a Yamaha Performing Artitist /Clinician since 1991.

In addition to being a leader Steve Hobbs, is a sought-after sideman on recent international releases with North American Jazz Alliance /2013, Sam Hunter /2014, Kenny Barron/2016.  In Early 2019 Hobbs was recorded with The Johnny Dodge Band, produced by Mike Dean of Corrosion of Conformity.   Also, in early 2019 Hobbs was filmed with Lenore Raphael Trio.  In 2009 Steve was featured on a jazz compilation CD titled "Cool Jazz Essentials” featuring Steve along with jazz greats John Coltrane, Dizzy Gillespie, Charlie Parker, Sarah Vaughn, Chet Baker and more.  In 2014 he was featured on another jazz compilation CC entitled "The Jazz Bar/Blues and Ballads."  On this release he was featured with such artists as Frank Sinatra and Dexter Gordon.    He has appeared on Time Warner Jazz, Sirius Jazz, Bob Parlocha Show, Dave Sanborn Show, BBC and many more in US, Canada, Europe and Asia.  He's been frequently featured in international magazines and newspapers including, Downbeat, Jazziz, Jazz Times, Cadence, The London Observer, New York Times and more.

All coolers, bags, back packs, purses are subject to search.