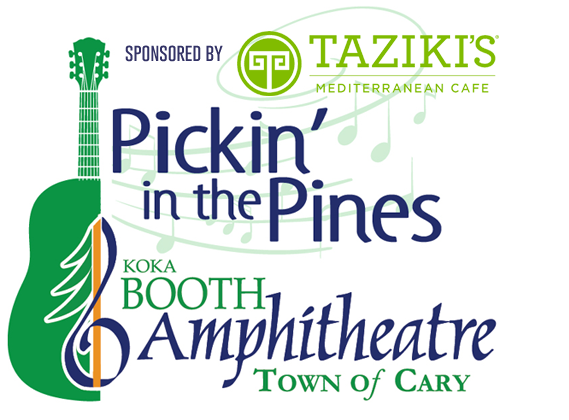 Shows will take place on Wednesday evenings in September and October and feature local and regional talent from 5:30 – 8:30 pm. All seating and music will take place on the spacious Crescent Deck creating a casual and comfortable environment to enjoy a mid-week outing with friends.

LET US PACK YOUR PICNIC!
Pre-order dinner from Taziki’s Mediterranean Café and have it delivered to you at the show! Simply choose your menu item, contact Taziki’s and your meal will be delivered to the Amphitheatre for you to pick up the night of the event.

All coolers, bags, back packs, purses are subject to search.

This is a neighbor event. Booth Amphitheatre is grateful for our amazing neighbors!

New Orleans native, Andrew Duhon, is a songwriter with an undeniable voice, weighted and soulful. His 2014 release, ‘The Moorings’, was nominated for a Grammy for ‘Best Engineered Album'. Duhon's new record, False River, was produced by Eric Masse and released in May 2018. No Depression describes Duhon as “A soulmate of Van Morrison lyrically and vocally.”

Get tickets for all five shows!