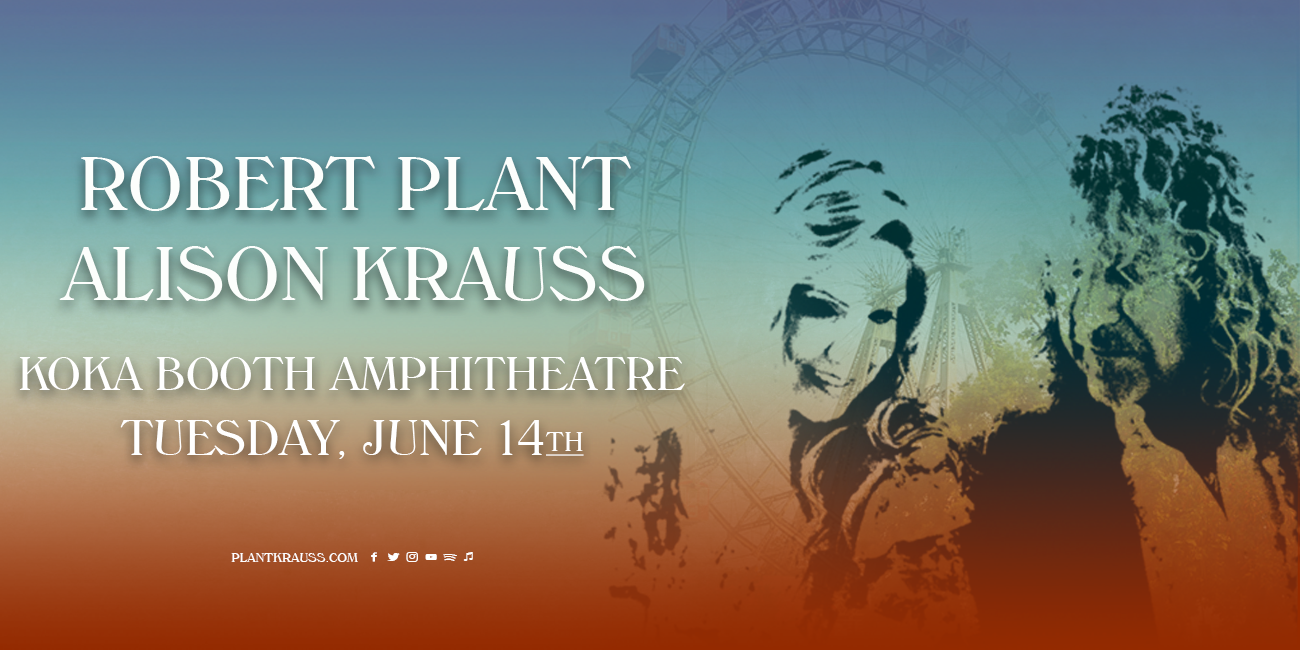 “These are songs that have gone into our hearts way back in time, but got lost in the twists and curves of the passing years,” says Robert Plant.

“You hear them and you go ‘Man, listen to that song, we got to sing that song!’ It’s a vacation, really—the perfect place to go that you least expected to find.” 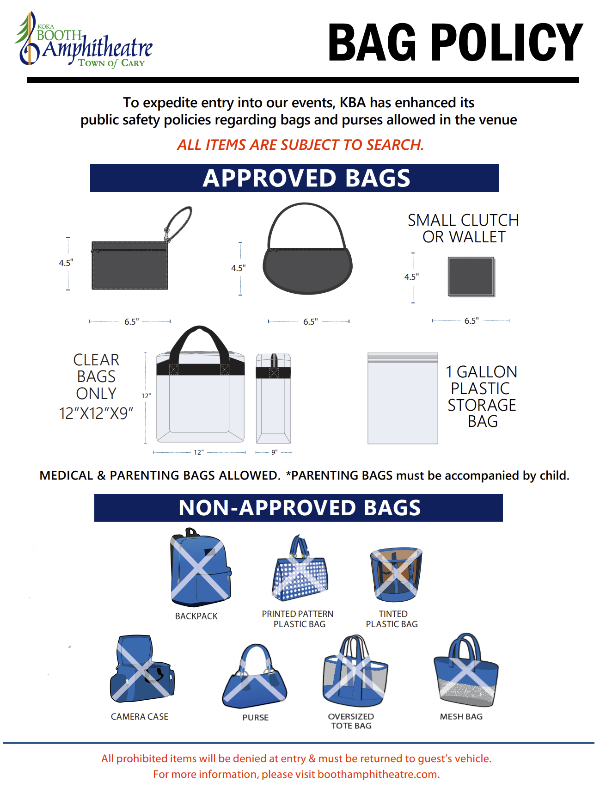 “These are songs that have gone into our hearts way back in time, but got lost in the twists and curves of the passing years,” says Robert Plant. “You hear them and you go ‘Man, listen to that song, we got to sing that song!’ It’s a vacation, really—the perfect place to go that you least expected to find.”

In 2007, Plant and Alison Krauss released Raising Sand, one of the most acclaimed albums of the 21st Century. It was an unlikely, mesmerizing pairing of one of rock’s greatest frontmen with one of country music’s finest and most honored artists, produced by the legendary T Bone Burnett. It entered the Billboard 200 at Number Two and was certified platinum, and it won six Grammy awards, including both Album and Record of the Year.

Now, after fourteen years, the two icons return with Raise the Roof, a dozen songs from a range of traditions and styles that extend this remarkable collaboration in new and thrilling directions.

Plant and Krauss, though, were determined not to simply replicate a formula. “We wanted it to move,” says Krauss. “We brought other people in, other personalities within the band and coming back together again in the studio brought a new intimacy to the harmonies.”

The duo’s intention had always been to continue the momentum of Raising Sand. “There was so much enthusiasm, excitement and adrenaline that it would have been folly if we didn’t keep going,” says Plant. “We did join up and consider songs, try to work out some ideas, but then somebody would ask if I’d want to take my band to the Arctic Circle—‘OK, I’ll do that, call you back, Alison!’ And then she goes off and gets another Grammy. We’ve both constantly made new recordings.

“I knew what we could share. In the length of time that I’ve been making records, this is very rewarding, but a very unusual place to find myself.”

In fact, the two singers were stockpiling ideas for songs they might do together, and passing selections back and forth, during the intervening years. “I’ve heard Lucinda Williams sing ‘Can’t Let Go’ forever, and I sent that to Robert at least ten years ago,” says Krauss. “I remember riding around listening to it and thinking it would be so much fun to do together.”

Plant had his eyes on a couple of R&B deep cuts. “The Betty Harris song ‘Trouble With My Lover’ was always in the air,” he says. “To hear Alison sing that is such a great way of her turning her gift around. And Bobby Moore’s ‘Searching for My Love’ is something I used to sing at school, another nugget of beautiful lost soul music which has been ricocheting between us for a long time.”

When they were finally able to reconvene in Nashville in late 2019, Plant admits that it was “kind of daunting.” After all, when they first met up, there were no expectations; “When we started, Robert had said that if it didn’t work, we’ll try it for three days and say goodbye,” says Krauss. But this time, they not only had to clear the bar of their own magnificent careers, they also had the success of Raising Sand to contend with. Once they got rolling, though, Krauss says the recordings felt “very natural, very easy—and really fun.”

For his part, Plant wanted to introduce a musical tradition that was part of his own culture. “I’ve been a big follower of Bert Jansch’s work since I was a teenager,” he says, “and of that whole Irish, Scottish, English folk style that has a different lilt and different lyrical perspective. I was very keen to bring some of that into the picture.”

“One of my favorite parts of this is the songs and songwriters that I had never heard of ” says Krauss, noting that in addition to the inclusion of Jansch’s “It Don’t Bother Me,” she feels the “peak of the record” comes with “Go Your Way” by English folk singer Anne Briggs. “Working with Robert, and with T Bone, is always a great education in musical history.”

The material on the album encompasses compositions by writers as diverse as Merle Haggard (“Going Where the Lonely Go”) and the mysterious blueswoman Geeshie Wiley (“Last Kind Words Blues”)—and even a Plant-Burnett original, “High and Lonesome”—in arrangements even more evocative, spare, and hypnotic than those on Raising Sand. In addition to the core band of ace musicians assembled by Burnett, including drummer Jay Bellerose and guitarist Marc Ribot on all tracks, there are appearances from such guests as David Hidalgo from Los Lobos, jazz wizard Bill Frisell, and the eternal Buddy Miller.

Both Plant and Krauss point to the recording of “Quattro (World Drifts In),” a song by the beloved Americana band Calexico, as a turning point in the Raise the Roof sessions. “When I heard the song for the first time, it came in the group of songs Robert sent me as possibilities he liked as ideas for us to record,” says Krauss. “I thought, ‘Oh gosh, here we go’—hearing that song was the moment I knew we’d make another album.”

The recording of Raise the Roof was completed just weeks before the world went into lockdown, after which the two singers were separated by an ocean for eighteen months (“I’ve never been in one place this long since I was at school,” says Plant). Now that they finally feel ready to put this music out into the world, they’re making plans for a tour that fans have been waiting to return for more than a dozen years.

“It’s time to think about walking on the stage again and having that feeling of being just a little bit nervous,” says Plant. “And that’s really the thing that we both live for—that walk from the side of the stage to the microphone. That’s the longest journey, because it lasts a lifetime.”

The accomplishments of Robert Plant and Alison Krauss, of course, are immeasurable. But with Raise the Roof, they take the next step in a project that offers them creative rewards unlike anything else. “There’s so much romance in contrast,” says Krauss.

“It’s such a far cry from everything I’ve done before,” says Plant. “I love the whole kaleidoscope of music that I’ve explored, but this is a place where you can think within the song, you can decide how to bring home an emotion. It’s another blend that we’ve got, and long may we have more of them.”

The venue will also have great food trucks on site:

Booth Amphitheatre prides itself on bringing a wide variety of events to Cary, NC!  What our guests are allowed to bring into each event varies from event to event.   Please review each event page before attending each event!

GENERAL PARKING: Koka Booth Amphitheatre has approximately 1500 free spaces available.  Parking is free of charge in Amphitheatre-owned lots. Some local businesses may charge a fee for parking in their lots.