Harry Connick, Jr. has exemplified excellence across multiple platforms in the entertainment world – in music, film, television and Broadway – garnering Grammys, Emmys and Tony awards and nominations. Join Harry and his 7 piece band as they celebrate a return to live performances with their “Time To Play!” summer tour which will showcase his New Orleans influences and songs from across his remarkable career.

Reserved Seats: Reserved seats closest to the stage are NOT covered by a roof, chairs are provided by the venue. Please note, some seats in Sections 1 & 5 are possible limited view due to stage equipment set on the ends of the stage.

General Admission Lawn: General admission lawn seating starts behind the reserved seats and ends at teh Crescent Deck in the back of the venue where the reserved table seats are located. You may bring your own chair (any height), or you may rent a low beach chair from Guest Services for $5.00 cash.

Reserved Tables Seats: Reserved table seats are covered by a roof and are located behind the lawn seats. Numbered tables are 6 seat tables (1-44), 4 seat tables are lettered (A-FF) and are higher pub tables.

* All dates, times, acts & prices are subject to change without notice.

Tickets for Koka Booth Amphitheatre events are subject to applicable taxes and fees. Unless otherwise stated, posted prices include a 7.25% NC Sales & Use tax.

Harry Connick, Jr.’s career has exemplified excellence across multiple platforms in the entertainment world over the past three decades. He has received Grammy and Emmy awards as well as Tony nominations for his live and recorded musical performances, his achievements in film and television and his appearances on Broadway as both an actor and a composer. Connick continues to establish himself as a best-selling musician, singer, composer, and a legendary live performer with millions of recordings sold around the world.

The foundation of Connick’s art is the music of his native New Orleans, where he began performing as a pianist and vocalist at the age of five.  Connick has appeared in 20 feature films with actors such as Sandra Bullock, Hilary Swank, Renée Zellweger, Sigourney Weaver, and Morgan Freeman.  His work on television includes starring roles on Will and Grace, South Pacific and American Idol.  He recently hosted the CBS Special UNITED WE SING: A GRAMMY® TRIBUTE TO THE UNSUNG HEROES, honoring essential workers in the pandemic.  In 2016, he launched Harry, a national daytime television show, which earned 11 Daytime Emmy nominations, including nominations for best host, and a Critics’ Choice nomination for best talk show.  On Broadway, Connick received Tony nominations as both a lead actor in The Pajama Game and as a composer/lyricist for Thou Shalt Not.  He last performed on Broadway in December of 2019 in a show he wrote and directed:  Harry Connick, Jr.- A Celebration of Cole Porter.  In 2020 as the country entered the pandemic lockdown, he retreated to his home studio and emerged with an album of songs of faith and inspiration.  ALONE WITH MY FAITH, released on March 19, displays the sheer breadth of Connick’s talents as he wrote new songs, arranged all songs, played every instrument, and sang every voice.

Despite his busy career, Connick has always found the time to be charitable and has done some of his most important work in his efforts to help New Orleans after the devastation of Hurricane Katrina. He, along with friend Branford Marsalis, conceived of “Musicians’ Village,” and its centerpiece the Ellis Marsalis Center.  Musicians’ Village provides homes for Katrina-displaced musicians while the Center uses music as its focal point of a holistic strategy to deliver a broad range of services to underserved children, youth and musicians from neighborhoods battling poverty and social injustice.

Connick’s honors, including a star on the celebrated Hollywood Walk of Fame as part of the 2019 class of Honorees, induction into the Hollywood Bowl Hall of Fame, Honorary Doctorates from Tulane and Loyola Universities and the Jefferson Award for Public Service, have not led Harry Connick, Jr. to slow his creative pace; they only confirm his determination to apply his talents in ways that prove inspirational to other artists and publicly spirited citizens.

PREFERRED PARKING: A limited number of PREFERRED parking spaces are available for $15.00 per car in advance or $20.00 cash on the day of event.

DROP OFF & PICK UP LOCATION: If using a taxi, Uber etc please follow the signs & our Parking Staff to the pick up & drop off area. 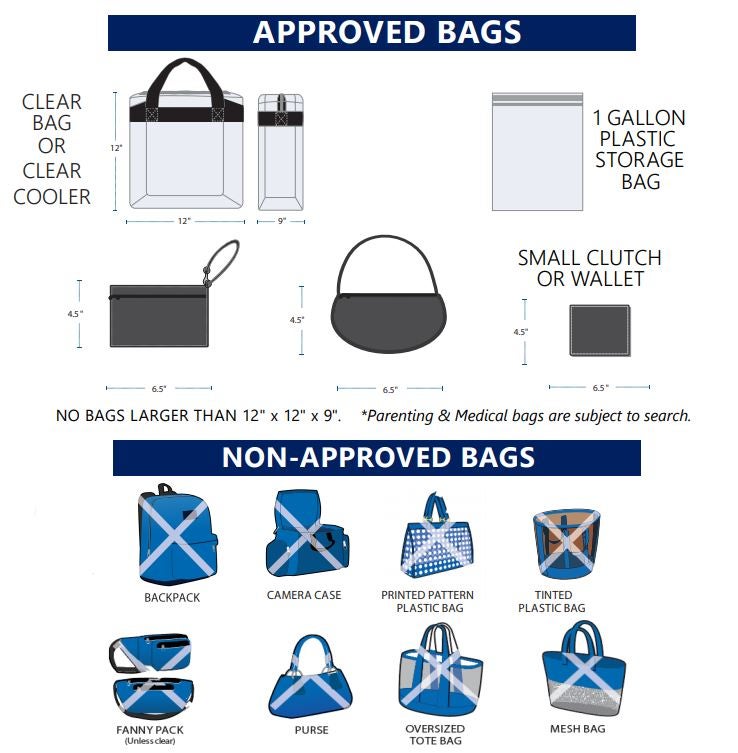 Venue concession stands will be open serving a variety of food and beverages.  Food trucks scheduled will be posted on our website 48 hours before the event.

Food trucks are located on the Lake path.

Picnic in the Park: Order Food!

Let us pack your picnic! Pre-order food and have it waiting for you when you arrive!

Our virtual Café offers a variety of food items from Pizza Hut, Lowes Foods and Taziki's Mediterranean Café.  Please notice the cutoff time to order your food listed on each partners menu.

Koka Booth Amphitheatre will follow local masking mandates and CDC guidelines in order to present a safe environment for all event attendees and staff members.

BLUEGRASS SERIES // PineCone’s Lakeside Bluegrass Series is a hit! This Sunday, Songs from the Road Band is on the bill. Tickets are still available. https://bit.ly/35tMiNW 📸: @willasteinphotography
It’s #NationalBourbonDay! Beer, Bourbon & BBQ Festival is September 10 + 11 at Koka Booth Amphitheatre. Tickets at boothamphitheatre.com.
Tickets for Harry Connick, Jr. on sale now! Go to https://bit.ly/3czOdEV
JUST ANNOUNCED // Harry Connick, Jr. and his Band will play Cary’s Koka Booth Amphitheatre on Tuesday, August 24 at 8 PM. Tickets go on sale June 11 at 10 AM at www.boothamphitheatre.com
KBA NEWS // The Town of Cary and ASM Global are pleased to announce the appointment of Jamie Curtis as the General Manager of Cary-owned and ASM Global-managed Koka Booth Amphitheatre in Cary, NC. #CaryNC
SUMMERFEST // UNC Health Summerfest 2021 featuring the North Carolina Symphony will perform four concerts in June. Tickets on sale now at boothamphitheatre.com.
MOVIES BY MOONLIGHT // @wakemedhospitals will play host to more than just the movie “Little” on Friday, May 21. Staff from WakeMed Health & Hospitals in #Cary will be on site administering the Pfizer vaccine to anyone who would like it. No appointment necessary. The Pfizer vaccine is approved for ages 12 and up. Each vaccine recipient will be treated to a free small popcorn and a drink courtesy of Koka Booth Amphitheatre! Tickets: https://bit.ly/33V9QL0
Koka Booth Amphitheatre presents Marcus Anderson! Join us Friday evening, June 4th at 7:30pm. Tickets on sale: https://bit.ly/33NiE5y
AN AMERICAN CELEBRATION // A beloved annual tradition returns! Don’t miss it. The Triangle Wind Ensemble performs Sunday May 30th at 7pm. Tickets: https://bit.ly/3hqYq9N
MOVIES BY MOONLIGHT // May is for (outdoor) MOVIES! We have four more movies lined up this month. Make plans to join us for a fun night out! Tickets + more details at boothamphitheatre.com. #KBAfamilyfun #CaryNC
ANNOUNCING // PineCone's Lakeside Bluegrass Series! Every Sunday in JUNE from 6-8PM. Tickets on sale this Friday, May 14th at noon! June 6 - Jon Stickley Trio June 13 - Gina Furtado Project June 20 - Songs from the Road Band June 27 - Mason Via & Hot Trail Mix Band #PineconeLakesideBluegrassSeries #carync
CONCERT // Koka Booth Amphitheatre presents Marcus Anderson June 4 at 7:30pm! The fusion jazz artist brings R&B, Pop, Rock and Funk to make music that puts listeners in another atmosphere. Make plans to join us for a fun Spring night out! Tickets go on sale May 12 at noon! boothamphitheatre.com #marcusandersonsax #boothamp
Enter for your chance to win a reserved lawn pod with seating for four (4), popcorn, drinks, and swag for Aquaman Friday, May 14th at Koka Booth Amphitheatre! The more shares, the more entries. Tell a friend! Powered by Michelob Ultra #linkinbio
UPDATE // Freeport Jazz is SOLD OUT May 5th! #JoshCellarsJazzSeries
May the 4th be with you! Join us at Koka Booth Amphitheatre May 28 for Movies by Moonlight, ‘Star Wars: The Rise of Skywalker’ sponsored by @wakemedhospitals . Tickets and details: https://bit.ly/3nNosVG #maythefourthbewithyou #starwars #carync
Join us on Sunday, May 23rd at 2pm as the Philharmonic Association will host five orchestras at Koka Booth Amphitheatre! Come hear students ages 8-18 from all over the North Carolina Triangle perform classical works you may recognize from composers such as Bach, Beethoven and Florence Price. Tickets on sale now: https://bit.ly/330egje
MOVIES BY MOONLIGHT // Make some May plans to join us for a movie outdoors! ALL May movies are on sale now! Schedule and tickets at boothamphitheatre.com. #kbafamilyfun #carync
UPDATE // Tea Cup Gin is SOLD OUT tonight! #joshcellarsjazzseries #carync
Come join the Triangle Youth Jazz Band, Triangle Youth Jazz Orchestra and Triangle Youth Jazz Ensemble for an afternoon of big band jazz! Students from  over 40 schools will participate in the Philharmonic Association's three jazz bands on May 16. Featuring the music of Duke Ellington and Thad Jones, this performance is a celebration keeping jazz alive. Tickets on sale at noon today! Boothamphitheatre.com #kbafamilyfun #carync
Enter for a chance to win four (4) tickets + reserved seating, popcorn, drinks, and swag for Freeport Jazz May 5th at Koka Booth Amphitheatre! The more shares, the more entries. Tell a friend! #linkinbio
Take your pick of Pod Seating offerings at KBA. Gold Circle, Lawn or Crescent Deck. All 3 deliver great views. Scenic. Safe. Socially Distant. boothamphitheatre.com/
Every day is Earth Day at KBA! #EarthDay #earthday2021 #earthdayeveryday
UPDATE // Peter Lamb & the Wolves is SOLD OUT tonight! #JoshCellarsJazzSeries